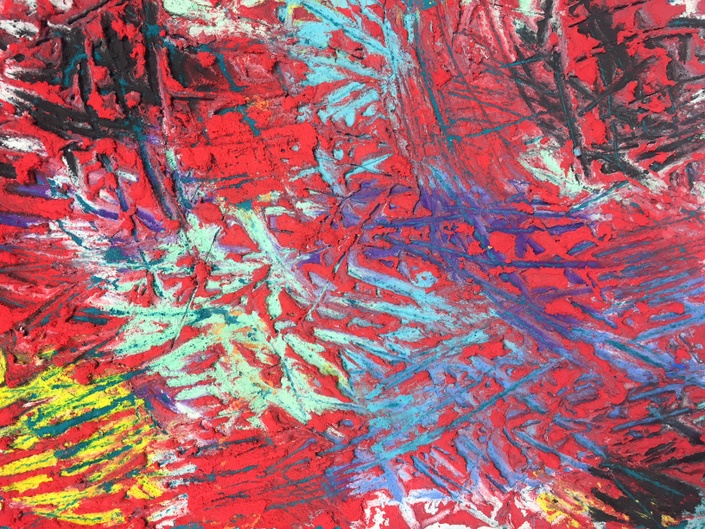 How to use colored tints and create mortar mesh substrates.

Mosaic Arts Online is thrilled to have Erin Pankratz on board and sharing her technical and artistic approach to tinting mortar and making substrates. Erin's signature approach to adding color to her mosaic art has created quite the buzz in the mosaic community. Now that she has brought these color-rich techniques to an online platform, people around the world can learn from her and discover their own style with these skills.

In the promo and the personal interview Erin shares how she got started in mosaics, but more importantly, she describes how these techniques were created and why. Erin's diverse art background shines throughout this online course. Students will learn a variety of art elements, including color balance, a bit of color theory, composition of color, and so much more.

In this course, Erin talks about how and why she likes to use both powder and liquid tints. She explains how to get the proper load ratios when mixing the tints with the mortar, and what mortar she uses and why. You will see up close how much water is needed to get the desirable consistency for the tinted mortar. Erin also teaches her inventive multi-colored, layered, and sometimes textured technique for the underpaintings she uses on her substrates.

This online course is presented in 20 sections which are full of information. It is the same information that is taught throughout her in-person workshop. The benefit of participating in this online course, is that you will have an up-close bird's-eye-view of her hands as she works and teaches. You will also have the luxury of watching the sections repeatedly, as you can stop and restart at any point in the course. Once purchased, this course is yours in perpetuity and you will have unlimited login access.

Note: Erin has a sister course that is the follow up to this one- "Color Everything: How to Create and Mosaic with Dots and Under-paintings". If you are interested in learning how Erin creates her tinted mortar dots and uses her thin tesserae “sticks” in her mosaic work, and you would like the full experience of both courses, there is a bundle option available. Click this link to take you directly there! https://mosaicartsonline.com/p/bundle-course-color...

“I was thrilled with the whole process. From the mixing colors to the layering and finally the carving into thinset to release the surprises underneath. I will use this technique in my future projects! Jill K. 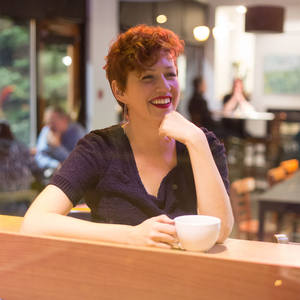 "All of my work culminates from the many different techniques I have studied and have been exposed to my whole life: weaving, dying, printmaking, drawing, painting, casting, sculpting, and mosaic. My work always has an element of time, marking changes, and shifting perspectives. The work is not a suspension of one moment in time, but the accumulation of moments within one piece. Using seemingly meandering lines of individually cut coloured tile woven together to create layers of meaning throughout my work."

In 1998 Erin began to explore mosaics as a way to fulfill her need to make art. After spending a decade developing her mosaic skill and helping others to gain experience in the medium, she became fully professional in 2011.


Shortly thereafter she received her first public art commission, a large mural at the Edmonton International Airport. In 2013 she was one of 15 international artists invited to contribute works to the innovative, site-responsive conceptual exhibition Transposition: An Ancient Medium in a Contemporary World at Inscape Arts, in Seattle.

She is the only artist that has received the "Innovation in Mosaic award" for SAMA's juried show- Mosaic Arts International- twice. Once in 2013 and again in 2016.

In 2015, she exhibited her first solo show at Enterprise Galleries in downtown Edmonton, part of the University of Alberta Museum Galleries. Since then she has shown in Italy, France, Japan, and Argentina.

She has taken part as an invited artist of two International Mosaic Symposiums in Italy -Sardinia, 2016 and Udine, 2017.


She is actually working on two large exterior public art commissions for the City of Edmonton, to be installed in 2018 and 2019.


Her work is part of private collections in Canada, United States, Brazil, Argentina and Uruguay.

"I wanted to tell you how much I have enjoyed the on line classes. I've been a Mosaic Hobbyist for a long time but am working to take it further. Having classes on line has been great. I get to learn from different Mosaic Artists in my own home. I look forward to see what/who you have next. I've learned a lot of the basics from your classes and different techniques from all of the artists. It's a great investment to me. It's every interesting and I'm learning a lot." Connie A.

What a fabulous class! I just loved it, Erin is a wonderful teacher and I am so excited about starting this substrate! Great mixing explanations for both dry and liquid tints! Very thorough! And then the follow up course! Biddy L.